Delasport talks about the importance of data in iGaming

Delasport shares some insights about data in iGaming and the power that can be harnessed from it.

Data is an important part of pretty much every industry, as lots of it is collected and sold every second. However, data can play a paramount role in the iGaming space, where companies who are correctly leveraging it can greatly improve their efficiency, decrease churn rates and ultimately increase yield in an ever-tightening regulatory environment.

In businesses where data is as important as in the gambling industry, and where the volumes of it exceed traditional data processing algorithm capacities, the term big data is often used. Big data is further described with five chief elements, known as the five Vs.

First of all, volume. As mentioned, it describes data with volumes that bring traditional parsing software to its knees, requiring storage server upgrades as well.

Secondly, veracity. Ensuring the accuracy of the dataset is always important, even though tracking it becomes exponentially harder as proportions increase.

The third one is velocity. Referring to the speed of data collection, it helps to keep in mind that some data may come in chunks, but other types will require to be collected in real-time.

Up next is value. This one is pretty self-explanatory, as the main objective for data collection is financial gain. Confirming the value of the data is a key objective, and is consequently a crucial piece of information for big data.

Lastly, variety. Variety refers to the diversity of the formats data takes the shape of, such as simple text documents or images. 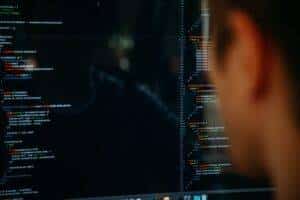 Having explored what big data is and how to identify its importance, let’s take a look at a few ways top-ranking iGaming providers such as Delasport utilize it.

The most common one is of course customer engagement and retention solutions. Without customizing the experience or the rewards operators are far less likely to impact a significant part of their audience. Universal deals are no longer popular with users as they do not provide a special experience, which is what a lot of people want from gambling operators. Data is often used to personalize and tailor different parts of the experience for each user, such as awards, bonuses and seasonal deals, to decrease churn, keep the player entertained and of course increase their spending.

Next up is marketing. Sharing a lot of similarities with the previous use case, marketing utilizes data to mainly attract new players. It can also be used to get inactive users to return to the gambling platform, although an appropriate deployment of retention solutions should vastly decrease the chances of this happening. Additionally, marketing can also take place inside of the operator’s platform itself to market other gambling verticals and media.

Another major instance where big data is used is fraud detection. Specialized artificial intelligence algorithms can study cases of fraudulent transactions and pick out each tiny detail that defines a transaction as an illegitimate one. After training the intelligence with an archive of data, it can identify specific patterns either in a transaction or in an account and signal an anti-fraud system to take extra precautions when dealing with them.

The last largely-adopted use case for data is the fight against problem gambling. An operator that employs subpar player protections will be at risk of losing their operating license in addition to tanking their reputation, preventing them from partnering with established providers in any other licensed jurisdictions. After analyzing a user’s data the operator can get a much clearer picture of how vulnerable that person is. A lot of data is required to be certain that a player is not harming themselves with life-changing financial losses.

To conclude, data is an essential part of an iGaming operation, as a firm who doesn’t take advantage of it is likely to fail in such a competitive and tough operating climate. To fully apply and reap the benefits of big data, Delasport makes use of its tightly integrated all-in-one platform that delivers in all of the points discussed above and even more, helping clients secure top spots among their peers.

Relax Gaming to develop a player-first game with AboutSlots

Stay in the loop on the latest news from the iGaming industry.